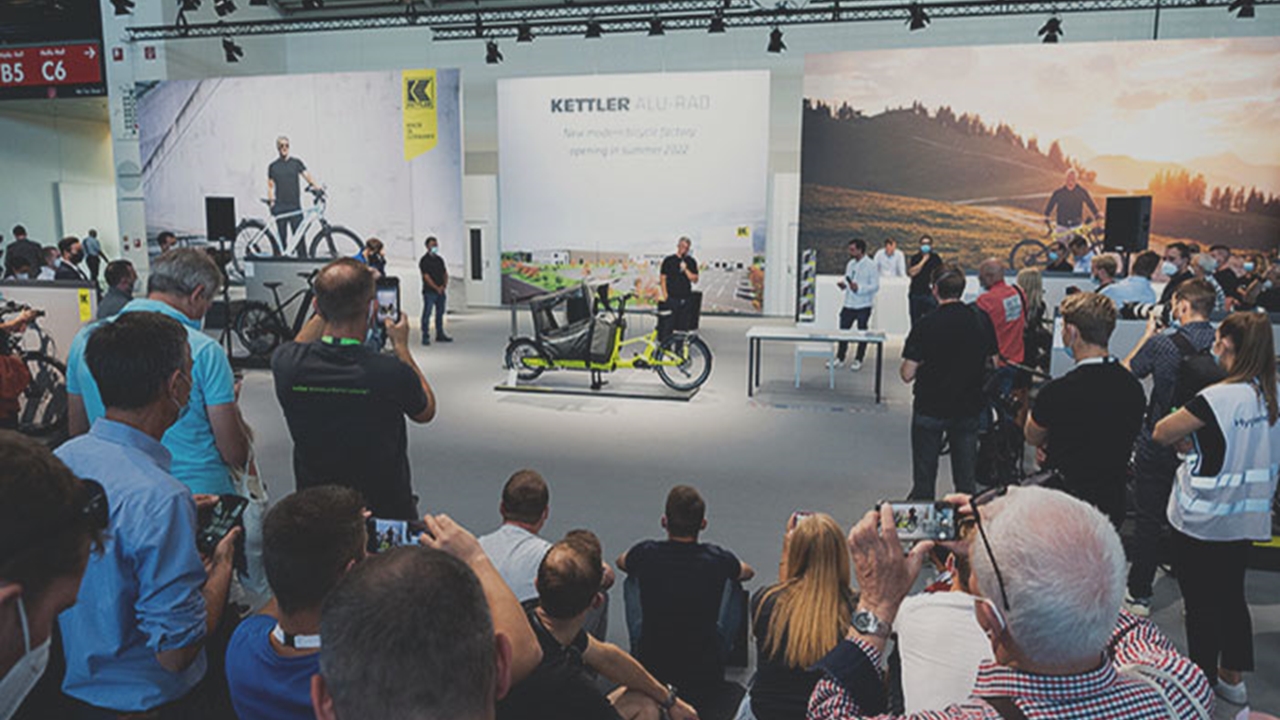 Germany's biennial International Motor Show took place last week in the city of Munich. Traditionally, the show has been a chance for the country to display the enduring strength of its own car industry, while welcoming the biggest brands from around the world. But this year's event was very different. According to the organiser, the focus was on 'climate neutral mobility'.

Officially called IAA Mobility, the show was spread across the city of Munich, with a traditional motor show space as well as displays in the city centre. The city opened up roads and public spaces. There was also a test track, where visitors could try out new products, including cars and bicycles and new concepts in sustainable transport.
It was not a motor show anymore. Although there were four-wheel vehicles, many of them electric, most exhibits focused on another thing: pedals. In fact, there were more bicycle manufacturers exhibiting than carmakers.  In the past, the Show had hilly test tracks for off-road SUVs on open-air sites. Instead, this time, Mercedes-Benz and other exhibitors set up test tracks for mountain bikers.
There were some interesting electric scooters and small cars. For example, a small vehicle based on an all-wheel-drive system which relies on muscle power (pedals) for the front axle while two-wheel electric motors help on the rear axle.  Another example was a tiny electric car with just two seats that can be charged on a household plug in just 4 hours. Another was a tricycle with two front wheels to provide more safety and a battery that can be removed and recharged indoors. Heavy-duty e-cargo bikes were also exhibited.
But some things had not changed at the show. The major manufacturers still unveiled plenty of new cars, though many of them electric. And there were plenty of futuristic 'concepts', fantasy cars designed by engineers given a licence to think big about the future.

What was less visible was the 'sharing economy'. Some years ago, auto industry executives were convinced that fewer people would be buying private cars and, instead, shared-use models would be fashionable. The pandemic, however, has made people aware that private transport still retains some advantages. Consumers are focused on health and have altered habits and preferences to avoid infection. Suddenly, private cars are in and shared rides are out.

Munich has been a turning point. The last motor show was held in 2019. Back then, it was the Frankfurt Motor Show, an event held on a grand scale: huge halls housed companies from across the globe - all with their expensive displays of four-wheeled fashion. But the Show was becoming too big and far too expensive. Many of the major manufacturers had decided it was not worth the money and did not attend. In 2019, after the event was disrupted by climate activists, the organisers decided it was time for a change. They dropped Frankfurt, which had hosted the show since the 1950s, and chose Munich.

Thus, Munich last week was an attempt to reinvent the motor show itself, at a time when many within the industry are questioning whether such events are luxuries they can no longer afford. The focus of the show has been changed dramatically, from exhibiting the latest, sleekest and fastest four-wheeled machinery, to something designed to encompass all aspects of mobility - with tech companies, start-ups and bicycle manufacturers also being invited in.

"Mobility is one of society's foremost topics," said Hildegard Mueller, the President of the German Automotive Industry Association.  "People all over the world are seeking better solutions to their mobility needs. The main focus will be solutions on the path to climate neutrality".

Recent developments certainly point in that direction. Cities have redefined car lanes to create more space for bikes and scooters. Government incentives to help the automotive industry have encouraged the use of carbon-neutral solutions and stimulated the development of electric vehicles (EVs). In another shift arising from the pandemic, consumers are increasingly turning to digital channels—from convenient food deliveries to streaming services— and they now expect mobility players to expand their online offerings.

According to a study by McKinsey, changes in customer preferences, technological innovations, and regulations will persist long after the pandemic.  Consumers are becoming more focused on digital channels and sustainability issues. Access to micro-mobility options—lightweight vehicles such as bicycles, e-scooters, and mopeds—will be important, as will safety and health issues. In technology, the pace of change will continue to accelerate in all areas, including connectivity, autonomous driving, and urban transport. And regulators will become even more involved in mobility. The European Union, for example, has proposed raising CO2 emissions reduction target from the current 40 percent to 55 percent by 2030; and California will ban the sale of new cars with internal combustion engines.

Such changes are prompting mobility leaders to reimagine the future of mobility. They had already been adjusting their strategies to autonomous driving, connected cars, electrified vehicles, and shared mobility, and now they are going even further to account for the pandemic’s impact on consumer behaviour, policy making, and regional economies.

In Europe, the new CO2 emission standards for automakers have been accompanied by the COVID-19 economic recovery packages focused on carbon-neutral and renewable energy solutions. Together, they have given electric vehicles and the emerging ecosystem that goes with the transition to electric, a decisive push.

The electrification journey is at a tipping point that is redefining the future direction of transport.  E-mobility is no longer a buzzword. It is a term used to describe the global roll-out of electric vehicles, the required charging stations and the many environmental and economic benefits that come with this worldwide positive shift. Looking ahead, the transition will not only deliver environmental, societal and health benefits from improved air quality but realize significant commercial value too. The disruption that comes with (literally) “reinventing the wheel” and transitioning to completely new forms of mobility will surely be worth it.

This article was originally published in Jornal de Negócios in 16.09.21