“Revenge travel” and its consequences 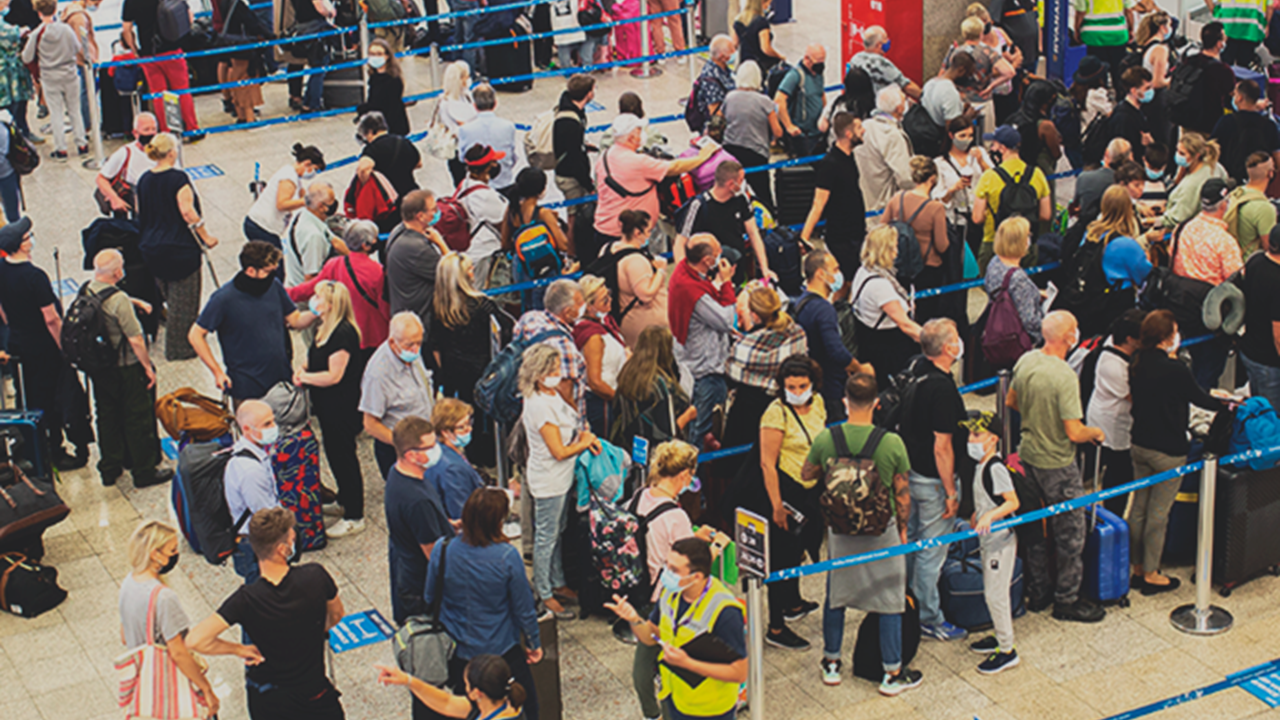 European airports are inundated with travelers. And this is even before summer holidays have begun in many countries. With most of the pandemic-related restrictions lifted, people are setting off for their dream destinations, eager to make up for lost travel opportunities over the past two years. This phenomenon is being called "revenge travel."

The surge in demand represents a massive turnaround for the aviation industry which was among the worst hit by the Covid lockdowns.  According to the World Travel and Tourism Council (WTTC), flight reservations now exceed the numbers of 2019 in the United States, in the Netherlands, in Denmark, and in Germany. The WTTC has also revealed that Portugal will be just 9% behind pre-pandemic levels, and is expected to be the fourth most sought after European destination this summer.

Thus, after a long period of abstinence, it seems that vacations are at the very top of many people’s wish-list for this summer. People are now confident that they will have the classical holiday experience with restaurants, entertainment, etc. without having to worry about COVID-19 restrictions.

However, the quick rebound has also resulted in fresh headaches for the industry, which has been taken aback by the swift recovery and is struggling to put together enough staff to deal with the influx of travelers at airports. Staff shortages and bottlenecks at airports have led to long queues and waiting times for passengers at major European hubs like Frankfurt, London, Paris and Amsterdam. Passengers end up missing their flights and many flights are being cancelled.

Chaotic best describes the scenes at major European airports these days. At Schiphol Airport in Amsterdam, for example, the queues at the security checkpoint are endless. On Twitter, a passenger writes he had to “walk three kilometers in line to get to the security checkpoint”. In fact, check-in lines can stretch outside the terminal building. Amsterdam airport even recommends bringing a coat for the wait outside.

Why is all this happening?  Airlines, airports and others in the industry were forced to downsize their workforce during the pandemic. But with demand returning as swiftly as it has, they are now struggling to hire staff fast enough. Their predicament is being made worse by the post-pandemic trend of people becoming more picky when it comes to jobs, shunning roles with poor working conditions and low wages. And the recruitment process at airports is specifically complex and time-consuming. This is due to the fact that many operational activities in aviation take place in security restricted areas.

Consequently, due to lack of capacity at airports, airlines have had no choice but to cancel thousands of flights because of the bottlenecks. Lufthansa alone has preemptively canceled nearly 3,000 flights to relieve the system and fly guests to their destination on time or to enable connecting flights. In a letter sent to its customers last week, Lufthansa CEO, Carsten Spohr, apologized for the travel chaos: “We can only apologize to you. And we want to be completely honest: In the coming weeks, as passenger numbers continue to rise, the situation is unlikely to improve in the short term. Too many employees and resources are still unavailable. Almost every company in our industry is currently recruiting new personnel, with several thousand planned in Europe alone. However, this increase in capacity will only have its desired stabilizing effect by the time winter comes. In addition, the ongoing war in Ukraine is severely restricting available airspace in Europe. This is leading to massive bottlenecks in the skies and thus, unfortunately, to further flight delays.  In the summer of 2023, we expect to have a much more reliable air transport system worldwide...”

And what are governments doing about the situation? Germany has said it would bring in more temporary airport workers from abroad, mainly from Turkey, to ease the situation during the peak summer holiday season. But the foreign workers will have to be put through the same security checks as domestic workers before being allowed to work at airports. In Spain, long lines at airports have prompted Spanish police to hire 500 more staff to be deployed at the busiest airports, including Madrid and Barcelona. Iberia said that delays at Madrid's Barajas Airport passport control had led to around 15,000 of its passengers missing their flight since March. Ireland has put the army on standby to help with security at Dublin Airport in the event of further disruption during the summer travel period. More than 1,000 people missed their flights in a single day last month because of lengthy lines.

And in Portugal, the government is doubling border control staff at the country's six airports to handle a massive surge in travelers.  In view of the constraints occurring at airports, especially in Lisbon, the Foreigners and Borders Service (SEF), with operational support from the Public Security Police (PSP), will implement two new measures. There will be 25 more SEF inspectors at Lisbon and Porto airports and passengers arriving in Portugal from the United States of America (USA) and Canada will use the technological border control doors, a measure now extended to airports in Porto and Faro.

It may take one year to go back to normal air travel. Thus, you may want to choose your holiday destination wisely this summer and avoid flying if possible. But if you still decide to fly, here are some tips:

•    Check airport and airline websites at least a day in advance. Some airports post updates to their websites on crowding levels or other disruptions.
•    Arrive an extra hour or two early. While airlines recommend arriving two hours early for an international flight, it’s best to allow for three or four hours this summer. Even fast-track lanes for business class travelers are taking longer than usual.
•    Take only carry-on luggage if you can. Checked luggage may get lost.
•    Book with ample time for connections. Be sure to factor in unpredictable wait times at passport control if you fly outside the Schengen area.

Despite the bottlenecks and staff shortages, the industry expects to cash in on the "revenge travel" wave. Expectations are high that this will be the best summer ever as people rush to fly to their dream destinations after being grounded during the pandemic for the past two years. But travelers must brace for inconveniences.  Strikes and staff shortages might lead to them not necessarily getting the experience they've been dreaming of. The dream may turn into a nightmare.

This article was originally published in Jornal de Negócios in 06.07.2022